Four years ago today, a young Ukrainian couple gave birth to their second child, this time a girl. I can only imagine their excitement and anticipation of her birth. I imagine their son was excited to be a big brother. But when they found out their precious daughter had something "wrong" with her, Down syndrome, they made the extremely difficult decision to let her go. At only a month old, just a little peanut, she was admitted to the orphanage. At a year of age, they released her to be available for international adoption because they were told she would have a chance of a foreign family might want her. I believe that was the last they saw of her. More than a year went by without anyone visiting her, until we arrived in the fall of 2010. I still can't believe it's been almost two years since we adopted her. Yet I feel like she's always been part of our family. I am so thankful that I get to be her mother now and that she is part of our family. Happy 4th birthday to my beautiful sweet princess! I would cross the ocean for you again in a heartbeat!
Posted by Marianne at 6:18 PM

Darya and her daddy

Sweet Darya and me - so glad we found each other!

For more photos and tidbits, check out Joel's blog:
http://strangedetergent.tumblr.com/

My name is Marianne and my husband, Joel, and I have been very happily married for 12 years. I'm a SAHM to our four kids - three boys and a girl. Our daughter, Darya, was adopted in 2010 from Ukraine. We are so blessed and thankful to be her family! This blog was started so we could share our adoption journey, and now that she's home it will be to share her new life. 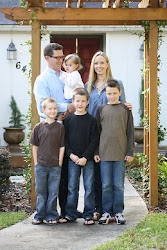 3/25 - inquired about Darya after seeing she lost her family, got a response from Andrea late that night

3/30 - after much prayer, counsel, and consideration we decided to commit to Darya!